Tell us about your project

Span and weight of wood are decisive 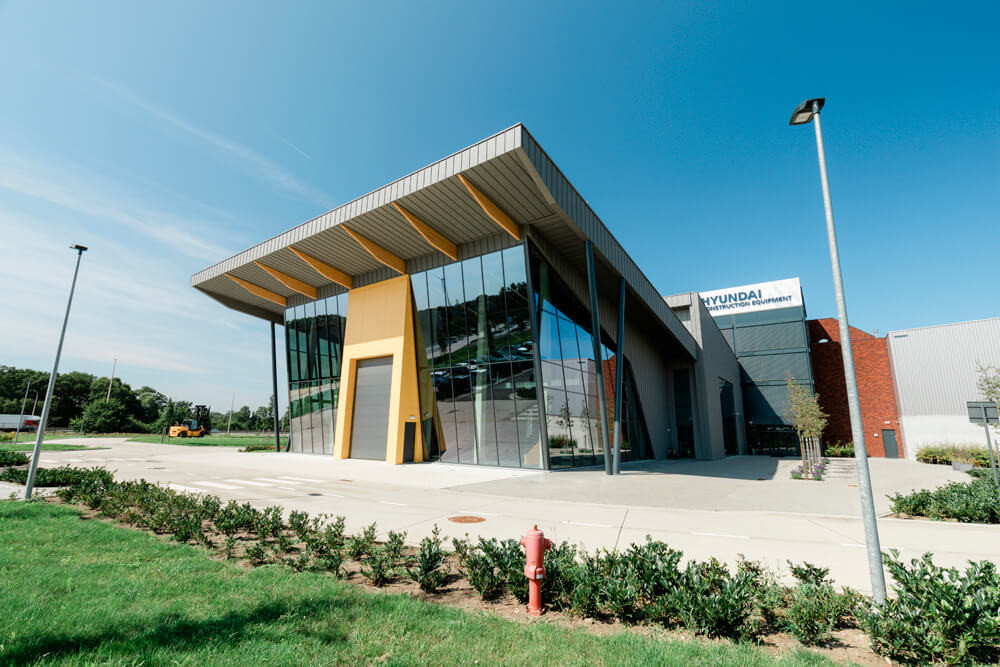 Hyundai, opened its European headquarters in Tessenderlo. Laminated Timber Solutions was responsible for the manufacture and installation of the spruce beams for the warehouses, offices and training centres. It was also responsible for the inclined facade structure of the offices.

In logistics buildings and warehouses, it is very often the price that makes the difference. The combination of light roof load and large span makes the solutions that LTS implemented very cost effective. From the design phase it was clear that wood would be a major part of the building structure. The choice fell to glued laminated wood.

With 60 beams of 30 meters, 12 of 24 meters and 6 beams of 26 meters, this is a nice project with a considerable volume. Some 730 cubic meters of spruce beams were installed in the European headquarters.

Speed of assembly a major advantage

Many factors play a role in the decision-making process. In addition to the economic aspect, which often comes first, speed of assembly and delivery also play a role. The job was finished in 18 working days.

This project in figures